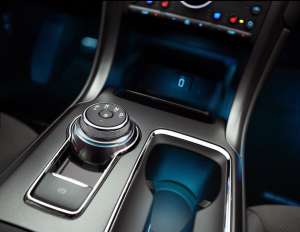 Car sales have surged for US automakers, with 2013 marking the best year since 2007’s pre-recession levels. The appliance industry, too, is growing again. It is a stark contrast to the challenging days of 2008’s global economic downturn and the auto industry’s steep sales declines.

For plastics decorator Erler Industries, Inc., however, those dark days represented an opportunity. Its decorating of interior automotive components actually increased during this time period. In fact, the day in 2009 that General Motors was filing for bankruptcy, Erler Industries secured a contract with one of GM’s Tier 1 suppliers in Mexico.

Today, the privately held company, with locations in North Vernon, IN, and Guadalajara, Mexico, has an even stronger focus on automotive and appliance decorating through its diversified service offerings to these industries. 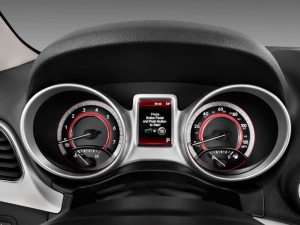 “The automotive industry has grown dramatically for us, now representing the majority of our Mexico business and nearly 50 percent of our US business,” explained Judith Camacho, business development manager. “Overall sales growth has been driven primarily by the resurgence in the automotive industry, particularly the increased use of decoration in interiors, and we see continued opportunities to grow our automotive decorating.”

Camacho and Paul Kenny, general manager of Pertek-Erler, the company’s Mexico operations, said some smaller suppliers to the auto industry did suffer during the recession as the industry reduced capital investments, and those suppliers were no longer available to serve Tier 1 companies. Pertek-Erler, however, was in a strong position. At the time, 60 percent of the plant’s business was focused on the appliance industry, 20 percent on automotive and 20 percent on consumer electronics and high-end PC/servers.

Already working for Tier 1 automotive suppliers, the company had the capacity to take on additional work. Today, 86 percent of Pertek-Erler’s business is automotive, and it has added 15,000 additional square feet of warehouse space, robotic application equipment, enterprise resource planning (ERP) systems in both US and Mexico plants and other capabilities to help the company as a whole serve its clients and continue to diversify.

“We feel that proximity is a big factor – for us in Mexico with proximity to the Tier 1 facilities that are located here to support the OEMs, but also in the US, in the Indiana facility’s location near the southeast and the Midwest (manufacturing) regions,” Kenny said.

Erler Industries’ capabilities include robotic decorative painting – one-, two- and three-coat systems and a variety of technologies and coatings; robotic and manual decorative painting and shielding; tooling, including in-house design and development; pad printing; laser etching; ultrasonic and heatstake welding; and assembly. In 2008, both of its plants achieved ISO TS/16949 certification.

Between 2011 and 2013, the company added atmospheric plasma surface activation, pad printing and lasers for decorating automotive shifters, and additional robotic assembly equipment. A new paint line purchased from a US systems integrator for the Mexico plant includes two robots and greater temperature and humidity control for more efficient production on two-tone automotive products and complex masking jobs. Kenny said the equipment will allow for higher production volumes with a smaller footprint in the plant. Another robotic assembly purchase is helping the company place interior auto retainer clips and offers automated validation processes.

Steve Ringeman, general manager of the North Vernon operations, said new P-mix equipment and the use of a nitrogen system, instead of compressed air, for spraying paint, have greatly increased the transfer of the paint to the parts and decreased waste. “It’s a fairly simple technology, after we found out about it and we investigated and we implemented. The nitrogen allows the particles of paint to be broken up into finer particles and allows us to use less paint,” Ringeman described. “It’s in the neighborhood of 15 percent to 20 percent savings in paint usage.” The system already is in place in North Vernon and soon will be delivered to the Mexico plant.

Erler Industries’ ability to adjust to changing market demands has kept it successful over its more than 25 years in business. The company was founded in North Vernon in 1988 by Mark and Linda Erler, early on adding robotics capabilities to achieve higher volumes and attract more specialty work. When Erler Industries first opened its Guadalajara operation, Pertek-Erler, in 2000, the area was considered the “Mexican Silicon Valley,” and business there was primarily devoted to the telecommunications industry. Shortly afterward, however, the cell phone industry shifted largely overseas and Erler nimbly moved into the domestic appliance market both in Mexico and in Indiana.

Today, Pertek-Erler produces about 500,000 pieces per month of medium-sized interior auto parts at its Mexico facility. In Indiana, Erler produces about 200,000 interior automotive parts per month and about 150,000 large parts for domestic appliances each month. Erler Industries employs 120 people at its 150,000-square-foot Indiana plant and 280 in Mexico at the 70,000-square-foot facility. Each plant runs three, eight-hour shifts six days a week.

While the appliance business has not recovered quite as quickly as automotive, Camacho says the demand is strong and growing. “We see the leaders in the appliance industry rebounding, again offering the market refreshed and new products where decoration is playing a key role,” she said. “It is a very competitive market, where we need to provide effective solutions, something that we work on constantly in conjunction with the OEMs and suppliers.”

Consumer demand once again is pushing decoration beyond the basic in both automotive and appliance – and decorated plastics are serving more roles in automotive interiors. “Some of the new OEM (original equipment manufacturer) investments in Mexico include high-end vehicles with substantial interior decoration,” Camacho said.

Kenny also pointed to the popular 2013 Ford Fusion as one example of a vehicle that has incorporated a wide array of interior decorated components. He attributed this trend to competition with European auto manufacturers. For the Fusion, depending on the model, Pertek-Erler decorates between nine and 13 parts on each vehicle. “Both automotive and appliance are very keen to offer expanded options, limited edition versions and retailer customization,” Camacho said. “All of that adds complexity, which we manage by having strong internal systems for quality, processing, supply chain management and order handling.

“Flexibility is key to keeping the customer happy; our challenge is to provide that flexibility in an efficient manner,” Kenny said.

US operations also have been helped by companies such as GE “reshoring,” bringing their appliance manufacturing back to North America from overseas. GE has invested in returning a significant amount of its business to Appliance Park in Louisville, KY, just 50 miles south of the North Vernon plant. “We’ve been able to garner a considerable amount of painting business from GE for Appliance Park,” Ringeman said. “That’s been a nice boost to us here.”

He described GE and other large appliance companies such as Maytag, Electrolux and Whirlpool as longtime good customers through their Tier 1 suppliers. Kenny noted Erler Industries’ appliance business has grown 10 percent annually over the past two to three years, and he said the Mexico plant is looking to grow in this area as well. 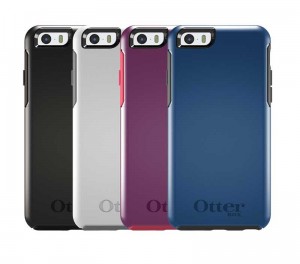 In that “other” category, customers include Big Ass Fans, a company in Lexington, KY, that produces high-end fans for industrial, commercial, military, agricultural and residential use. Work for the fan company is one of several orders coming in that will utilize the North Vernon plant’s pad printing capabilities, Ringeman said. At the Mexico plant, high-quality pad printing has been in demand from the auto industry, and the company added more pad printing equipment there in 2012.

“One of our more complex products is the Honda Civic shifter, in which pad printing represents close to 20 percent of the decoration,” Camacho said. “The high tolerances for position, light transmittance and color are achieved using high-end pad printing equipment together with vision management, light transmittance measurement and visual inspection under controlled conditions.”

Erler Industries also has put its focus on training its employees, employing lean manufacturing techniques such as Kaizen. Bonuses are tied to such lean manufacturing practices as they are achieved in the workplace and also to milestones such as cost reductions. Employees are awarded “safety bucks” for each month with no accidents.

Its US arm supports the community United Way campaign, and the company also offers college scholarships to deserving high school seniors and children of employees, Camacho said. Kenny and Camacho said employee recognitions including monetary bonuses and plantwide recognition – such as “Kaizen employee of the month” – keep workers’ focused on quality. Company “champions” have achieved such goals as zero parts rejections, and they are celebrated for these achievements.

The company has implemented a progressive, department-by-department training program for technicians that Camacho said has proven successful at helping employees understand the equipment, processes and colleagues with whom they work. All employees are encouraged to submit improvement suggestions, and Erler Industries tries in many cases to fill open positions from within the company to reward and advance its skilled workers.

While keeping up with the latest technologies and training, the company also has committed itself to excellence in meeting environmental standards. After 2003-04 Clean Air Act violations based on a misunderstanding of reporting requirements, the company has met and exceeded environmental standards. Jason Sanders, North Vernon plant manager, said Erler’s materials themselves were not in violation, but that the company at the time was not separating out data required for reporting its emissions from each of its paint lines.

Today, a full-time environmental engineer works out of the North Vernon plant, and each paint line features regenerative thermal oxidizers (RTOs) to capture and destroy volatile organic compounds. Not only has this ensured the company remains in compliance with Environmental Protection Agency regulations, it also has increased production capacity, Sanders said, because it has reduced emissions even further.

Such laser focuses on quality and investments in human resources are points of pride for Erler Industries. Many of its customers are long-term, established programs in which the key to success is providing cost-effective solutions for the particular job specifications.

“Today’s decorated plastics for the automotive and appliance industry often are a complex mix of substrates, colors and appearances,” Camacho said. “We work to identify risks early in the product design cycle and to offer functional solutions to those risks.” The company’s quality management system (QMS) and the company’s quality assurance procedures were designed and developed with such guiding principles as “Fit For Intended Use” and “Right the First Time.” 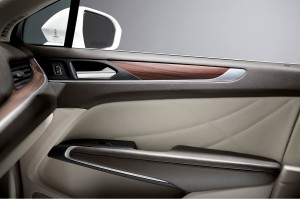 rler Industries’ sights are set on continuing to support established customers and offer solutions to new clients and industries. “We are well located to support the resurging appliance manufacturing in the US, as well as the rapidly expanding automotive manufacturing industry in Mexico,” Camacho said. “As such, we expect continued short-term sales growth for both facilities.

She noted that the company’s strong record of experience, substantial volume capacity and technology investments offer the right mix to support suppliers and ensure effective finishing and decorating solutions. “Our workforce is key to our quality performance. Training, certification and continuous improvement are important parts of our personnel development,” she said. “By providing a stable, values-based work environment where personnel development is supported, we feel we motivate our workforce positively toward excellence.”

Warning: count(): Parameter must be an array or an object that implements Countable in /usr/home/erler/public_html/wp-includes/class-wp-comment-query.php on line 399